We’re excited about finding new, young artists – and are thrilled to see many second-generation artists surfacing in recent years. Eden Wilhelm is the daughter of singer-songwriter Rachel Wilhelm, or “The Madre” as Eden calls her, and is blazing her own path with quirky yet catchy, original, intriguing songs. Her debut EP just released this week and is called Household Tales (available now on Spotify) and consists of well-written, well-produced, and overall fascinating music. And the fact that the record was produced by John Mark Painter only adds to our excitement about this release. We had the chance to talk to Eden about her debut:

UTR: Can you share about how your musical and songwriting journey came about?

Eden: For years, I’d been struggling with minor depression and blossoming anxiety since the age of 11. When I hit 15, I spiraled down and hit the lowest point of my life. It’s important for me to note that I never had any desire to be involved in being a singer, a songwriter, or a musician of any sort. The arts I invested the most in at the time were writing and drawing. But when I got to that low point, all of my creative outlets withered. I felt creatively barren. During the summer of 2016, after just turning 15, I was given my first song in an old choir room with a piano that hadn’t been tuned in 20 years. I didn’t know I needed music, but God knew. Out of those songs, and out of processing through their lyrics and meanings, I came to a place of deeper, intrinsic healing. It all began there, long story short. 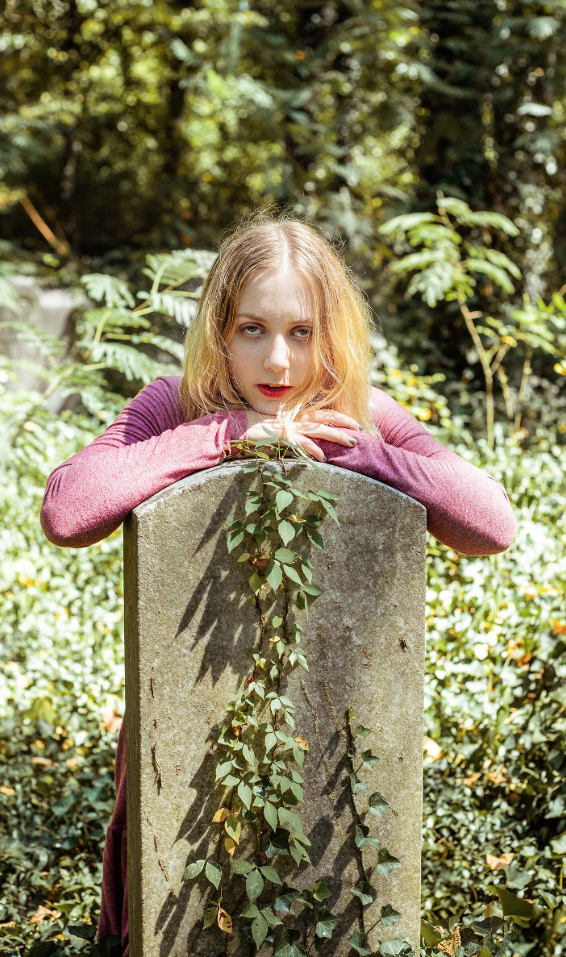 UTR: I have been really impressed with the quality of your compositions. How long have you been writing songs and do you have any particular songwriting method?

Eden: I’ve been writing songs for about 3 years now, which is so crazy to think about. As far as method, it really does depend. In the early stages of songwriting, a lot of the songs came to me fully composed in my head, or in fully composed pieces— with instrumentation and harmonies. As time has progressed, I still occasionally get those kinds of songs. More likely than not, I tend to either come up with a chord progression on guitar and find a melody, or I start singing and find a melody, then scramble for my guitar. I think the running theme for me is that I need a story to tell before the music flows. If I don’t have anything to say, it doesn’t fit right, and the song (both melodically and lyrically) falls flat. That’s why storytelling is so key to me.

UTR: Can you tell us about how you got the ideas for the Household Tales EP?

Eden: Household Tales was not what I expected it to be, in the most pleasant of ways. I sifted through various different combinations of songs—mostly trying to honor the songs from my early songwriting days by including them. But it didn’t feel cohesive or interesting enough for just five songs. Maybe for an album, but not an EP. At that point, The Madre’s advice was gold: I picked the songs that were some of the absolute best I had, and that all had themes from past and present. I was raised on folklore and fairy tales (still my favorite literary genre of all time), which is my past and present. The songs that most represent storytelling and fairy tales are “Eleven Worn Shoes”, “Mister Moon”, and “Hallow’s Eve Hymn”. The other themes I wanted to deal with were themes of friendship, be it broken, healed, or what it should look like. Those songs are “Closer To Strangers” and “Tether”. I think the end result is a journey that ends in hopeful resolve, for all the emotional trekking that happens in the songs. I’m stoked with how the songs fell perfectly into order with the track listing, and how the EP art symbolizes so many of those themes. Household Tales, the title, means a couple of things. Firstly, it’s homage to all the fairy tale authors who crafted such clever, meaningful stories. It’s also my own collection of tales about things I love, things I needed to heal through and say, and it’s an EP I hope will add to the beauty of this world. 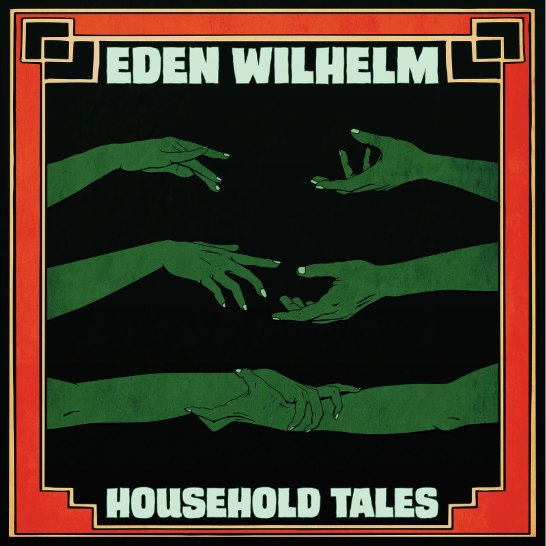 UTR: The track “Closer To Strangers” was particularly intriguing to me. What’s the story behind that song?

Eden: I’m so glad you liked it! “Closer To Strangers” was half-written when I was about 16 years old. I only had the chorus, and the verses at the time didn’t work for me. So I put the song away and forgot about it, until I needed it again in January of this year. I was going through the loss of an incredibly close friendship, which had broken because of the issues I’d faced when I was 15. One thing I’d been thinking a lot about was how people say you have to let go, and that sounded so impossible to me. I was in a state of deep mourning. I still don’t believe we ever fully let go of things. I think we live with things, and with time, the pain lessens. I had to find something like closure in reminding myself that the time I had with these friends was beautiful, and extraordinary, and I was fortunate to have them for as long as I did. So before the healing, I wrote the rest of this song to properly say my goodbyes, and go through what I needed to. Once I knew what I needed to say, the words spilled out. That’s what I consider God’s hand in creation.

UTR:  Now that it’s all been mixed, mastered, & released, do you have a personal favorite track?

Eden: My favorite on the EP song is probably “Mister Moon.” It’s wacky and romantic, and (as The Madre says) sounds like an apple juice commercial. It’s the song I think I poured the most of my creativity into. John instructed me to sit at a piano in his basement and just play (this was day one of recording, and I’m not a pianist). But I sort of shrugged and went with it, and thus the intro piano, played by the enormously talented Karin Simmons, was born. I was inspired by Over the Garden Wall, which was also the inspiration behind writing “Hallow’s Eve Hymn.” Art produces art!

UTR: What was it like working with John Mark Painter as a producer?

Eden: John has a funny way of pulling out what’s inside of your head, and incorporating it into the song. I keep saying this to everyone about the magic of that process— I got everything out. All my composition and thoughts were poured into this EP, and all these fantastic details were added from John’s artistic perspective that I never would’ve thought about. The funky dance sound in “Eleven Worn Shoes”, for example, completely brightens the darkness of that song, and keeps it interesting as it moves steadily along. It was exactly what the song needed, and I never would’ve known. That aside, John is brilliant. He’s laid-back while working hard (somehow), and he has an excellent ear for what the song itself needs. I love that guy.

UTR: Was there anything in the final recording that surprised you with how it turned out?

Eden: One of my friends said this to me, which, upon reflection, is true: the EP sounds like me. That’s always the goal. One of my annoying qualities is my hunt for being as authentic and genuine I can be. Anything else wouldn’t be the truth, and it wouldn’t accurately portray what I’m about. Another thing that surprised me was the revival of my love for the songs. I still loved them, but I’d sat with them for so long that I felt drained and worn with them. I was happy that they were reinvented in a way that still honors and preserves the original recordings, and makes me want to listen again. “Closer To Strangers” was the last song we recorded. It’s the most surprising song to me. It sounds haunting and desolate, and at points, glimmers with brief and dreary light. At other points, it reminds me of a battleground with the drums and the atmosphere that John surrounded it with.

UTR: We certainly hope you continue to write and record.

Eden: Thank you so much! I’m still writing, and plan to continue working hard on music. I think of this EP as a doorway to creating more projects in the future. I have a lot of things I’m working on musically right now, which I’ll be eager to share with everyone once the time comes along. For now, I’m delighted that Household Tales has had life breathed into it. I think it’s waited for a long while. 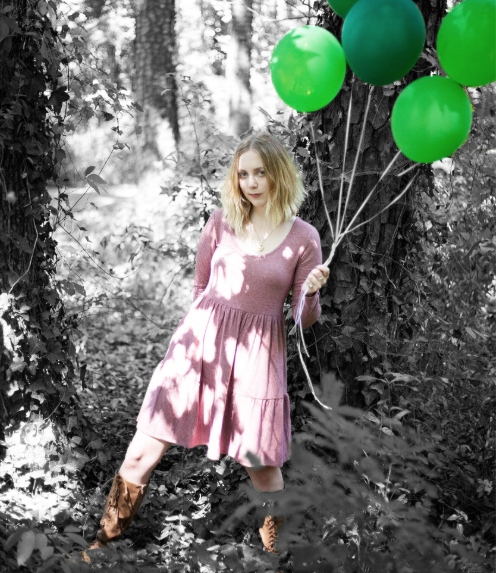