We love seeing long-time friends and followers of UTR spread their wings… and we are seeing that happen with Teressa Mahoney.  She has been a champion of good art and a supporter of UTR Media, all while honing her craft.  Her 2017 debut album Made New shared some excellent songwriting, strong indie/folk sensibilities, and a voice that can draw the listener in.  Now her debut album Beyond is here (available now on iTunes and Spotify), and Teressa takes everything to the next level.  We had the pleasure of getting to hang out with her in person at last summer’s Escape To The Lake, and the person is just as genuine as the music.  We were able to connect with her this week, and here’s our conversation. 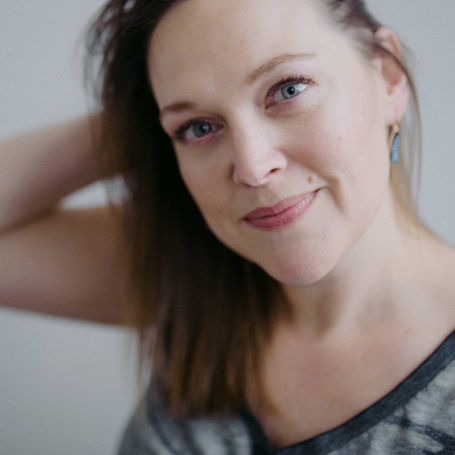 UTR:  At what age did you start writing your own songs?

Teressa:  I remember sitting at a piano when I was about 5. It was my first time trying to write a song. I think in that song for some reason Jesus was walking down the aisle in a church. I eventually gave up on the song because I couldn’t find anything to rhyme with “aisle.” I chuckle now to think of that time, but I can’t deny that one of my earliest creative impulses was to write songs.

UTR: What are the things that are the biggest influences on your songwriting?

Teressa:  I am experiencing an awakening that began with a huge heartache a few years ago. The aftermath of that trauma gave me space to begin examining everything about my life—what gets to stay and what needs to go. I have gone from a place where I felt relatively secure and settled in my thinking to a place of wonder with very little room for pre-conceived notions. I have more questions than answers now, and that was pretty scary for a while, but I’m learning to see it more as an exciting adventure than a perilous journey into the unknown. That awakening is the catalyst that led me to start writing songs again. I feel like every song I write is steeped in themes and imagery from people like Andrew Peterson, C.S. Lewis, Amy Grant, and U2. Their words and ideas are the framework into which my songs are born.

UTR: Does your new album Beyond have an over-arching theme?

Teressa:  Yes. The songs point to circumstances and situations where the veil is thin. Where the invisible is almost palpable. I have been leaning into these kinds of experiences and these songs are my way of exploring the topic. 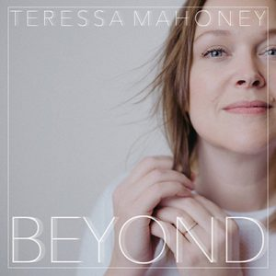 UTR: Beyond has fantastic production and arrangements. What was your musical goal for the record?

Teressa:  Michelangelo said, “Every block of stone has a statue inside it and it is the task of the sculptor to discover it. I saw the angel in the marble and carved until I set him free.” I feel like that is the real goal here—to be true to the songs. I want the production and arrangement to set the songs free. I am such a do-it-yourselfer that I decided to study production and learn all I could about it for this record. For my first project Made New, I sent simple demos of each song to my producer (Ryan Corn) and he sent me back completed songs. Back then, I didn’t really know how I wanted the songs to sound. Luckily he’s a great producer who could listen to what each song was asking for and make it happen. For Beyond, I wanted more input. I’m getting a clearer picture now of how I’d like my songs to sound and I wanted to be more hands-on in the process. What ended up happening with most of the songs is that I made my best attempt at production and sent all the files over to Ryan and he salvaged what was good enough and added what was needed. I really appreciate his feel for movement and structure.

UTR:  As people are soaking in the new album, what is your hope that the listener will experience?

Teressa:  I hope these songs help to create an environment where the listener is open. Open to the Holy Spirit, open to re-examining beliefs that may be untrue, and open to deep connections with other people. I believe God is moving in this nation, calling us to awaken and throw off the things that hinder us from being who we are meant to be. Maybe these songs will be one drop in that river to accomplish His purposes.

UTR:  I know you are both a creator and a consumer of independent music. Why do you feel like indie music is worth supporting?

Teressa:  In my understanding, the goal for major label songs is to make money. People use algorithms to find out which combination of words and chord progressions will sell the most music. That music can be catchy and fun to listen to–and I listen to it sometimes.  But the songs that make a difference in my life, the ones that stop me in my tracks and bring me to tears tend to be indie songs. Maybe it’s the freedom to be true to the songs that makes the difference? I am drawn to art for the sake fo art, and beauty for the sake of beauty. I wouldn’t want the need to please a label to interfere with my job of setting the songs free.