Jason Lee McKinney Band has been putting out hope-filled, melodic, blues-folk-rock for several years, but their new 2022 album One Last Thing (click for Spotify link) is their most overtly spiritual project to date.  You hear a wide variety of musical influences in the music (below, Jason mentions both Muddy Waters and Rich Mullins as influences).  Here’s the conversation we were able to have with band leader Jason Lee McKinney. 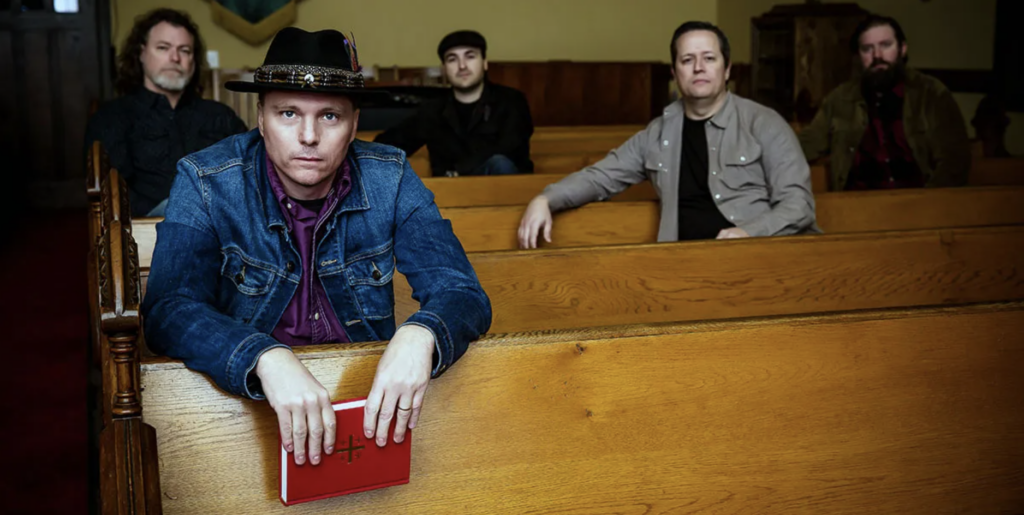 UTR: For new listeners to your music, how would you describe your style and approach to music?

Jason: Soul-Infused Folk and Blues is moniker description that we use. We run equal parts of both Nelsons … Willie and Prince. We merge all the Kings… BB, Albert, and Marcus. We weave together in the loom of M; Mullins (Rich), Muddy (Waters), Maxwell and Morrison (Van). We probably get compared most often to Nathaniel Rateliff and the Night Sweats, Marcus King; Tedeschi Trucks, and The Record Company.

UTR: How long have you been working on the songs and recording for the new album?

Jason: We actually recorded almost this whole album back in 2019. The original release date was late 2020 but then the world turned upside down, so we shelved it and instead released a covers album (Intentions and Interpretations) and Christmas album (Unwrapped) in 2021. Both the band and the label wanted to wait to release this album until we didn’t have the obstacle of COVID going against us. I actually think it was providence that we did not release the album until now. With all that is going on in the world it seems the themes in the album of redemption, freedom, the problem of evil, sacrifice and longing for the transcendent are meant for this moment in time.

UTR:  Musically, what were the influences that guided the sonic framework?

Jason: We have always mixed soul, blues, folk and roots music. We did lean a lot more into gospel music on this album. Much of the album features a gospel choir. Our influences haven’t changed that much. We are a deeply American band in our influences. I have always been primarily shaped by music born in the same artistic framework of Grant Wood’s American Gothic painting. Music born of poor rural cultures has something in it that is honest and real and more importantly metaphysically true. There is something crucible about it. Music born out of plight has a way of boiling life down to what matters. Folk, Country, Blues, Soul, Gospel, Bluegrass, and even Funk were all born out of plight.

UTR: What are some of the elements of this album that you most pleased with how they turned out?

Jason: At the risk of sounding pretentious here … all of it. If this ends up being the last album, I ever make I am completely comfortable with that. It is the album I have always been trying to make. I can’t say or judge for anyone else whether the album reaches a standard of quality or substance, but I can say it is the best album I have or could ever make in my eyes. There are for sure better albums out there, but this is the best album I am or ever will be capable of.

UTR:  You work with college students and budding artists a lot. What words of advice do have for folks who hope to pursue music as a career?

Jason:  Don’t. Seriously don’t. I am not saying don’t create or don’t aim to make money off of your creative endeavors. You should educate yourself and become business savvy for sure. You are a steward of your creativity, and you will care about it more than anyone else ever will (no matter what they tell you). But don’t set out to have a career. Set out to have a life. Be open handed and open hearted. Live to build a life not a career.

Jason Lee McKinney is a 4-time winner at the Independent Country Music Awards and resides in Nashville.  He also serves as the Director of Master of Arts in Leadership at Visible Music College.