Have you ever lowered your self-esteem or self-worth because you get trapped in a cycle of comparing yourself to others?  It regularly happens to me, and I suspect you too.  We have many friendships with musicians in the artist community, and we have heard many stories through the years of heartache, discouragement, frustration, and even self-hate – all linked to the dangerous game of comparisons with other artists.  My friend Lori Neff works at InterVarsity Press (we worked at Moody Radio together years ago), and she thought of UTR Media and how this book might speak to artists and our audience (which is a social media savvy crew) and might be a spiritual encouragement. She kindly mailed me their new release Mythical Me by Richella Parham (available now) and I have been loving it.  I’m thrilled Lori helped arrange for us to interview Richella this week.

UTR:  Before we jump into the content, what was the inspiration that led to the decision to write Mythical Me?
Richella:  I should start by saying that what fueled the inspiration was desperation. I had struggled under the weight of constant comparison for so long, and it had such a negative impact on my relationships. So I was desperate for help. The inspiration came when I finally found some help–not from “self-help” resources, but from developing close relationships with people who pointed me to the Father, Son, and Holy Spirit. When I began to study the Trinity in earnest, I experienced several “Aha!” moments, times when I felt that God was speaking very specifically to my deep need. That inspiration provided the impetus to write the book. 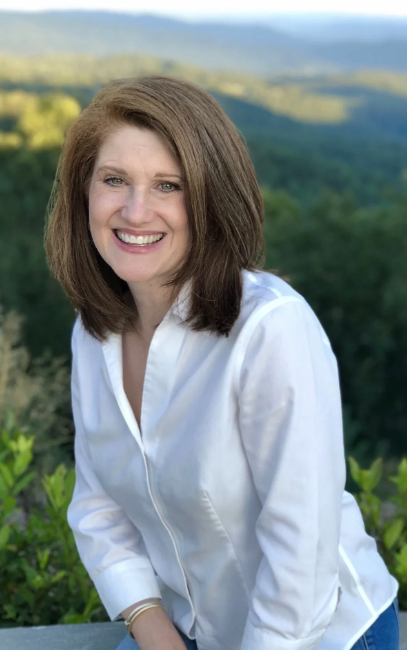 UTR At the beginning of the book, you talk about the “mythical composite woman.” Can you describe that?
Richella: That’s a term that was coined by my husband many years ago. As I was describing some of my friends to him, lamenting the fact that I wasn’t more like them, my husband stopped me mid-sentence. Gently but firmly he told me that I was constantly comparing myself to others, always picking out their most outstanding attributes, and then comparing myself to each of those outstanding attributes. He said, “You’ve created for yourself a Mythical Composite Woman made up of all those attributes, and that’s who you think you’re supposed to be.” Yikes. He was right. I had pieced together this imaginary ideal, and I was tormenting myself by comparing my less-than-perfect self to the Mythical Composite Woman, always coming up short.
.
UTR: So many (including myself) play comparison games and lower our self-worth. What are the causes, and why do we do it?
Richella: Comparison is an excellent tool for making judgments. There are lots of useful comparisons: any measurement taken and compared to a standard or an ideal is a comparison. So it’s something we do a lot without even thinking about it. But the comparison games that lower our self-worth are evidence of a useful tool used in the wrong way. I believe we start from a place of insecurity, and we compare ourselves to others in a quest for assurance. But comparison doesn’t lead to assurance. It usually causes us to feel less than another person, which can in turn lead to jealousy or envy, or it makes us feel greater than another person, which can lead to arrogance or disdain. None of those is a good outcome, and in the act of comparison we isolate ourselves from others, which leads to greater insecurity and less happiness. I believe that insecurity is both the root of comparison and the fruit of comparison. 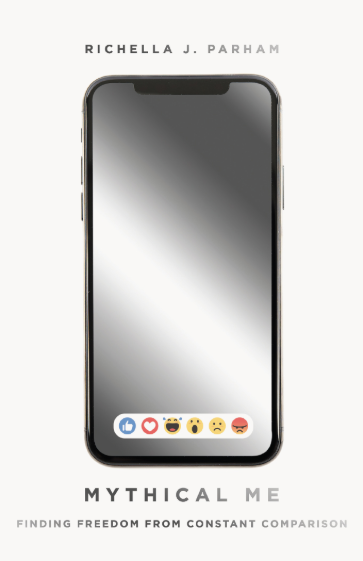 UTR:  I’m thankful for how much practical coaching this book had. What are the themes of hope you want to share with the reader?
Richella: I believe strongly that our view of ourselves is often distorted, so I offer the hope that there is another way to look at things. I think we can get to know that a very good God created us, loves us, and delights in us. What God says about us is the truth of the matter, not the way we might feel about ourselves at any given moment. And what God says is that we are God’s beloved children and that we are included in the life of the Father, Son, and Spirit. God is an eternal, loving relationship, and we are made in God’s image–created for relationship. So many of us struggle with feeling that we’re not enough, but that’s simply not true! We don’t have to stand alone. Each of us is enough to be ourselves, and every single one of us is an indispensable part of the whole.
.
UTR:  We have an amazing community at our ministry, many of whom are musicians and songwriters, and many of whom struggle with comparing their gifts and talents to others.  Do you have any words of wisdom specifically to musicians who are struggling with comparison?
Richella: My first word (to artists) is THANK YOU. Of all the gifts that I could have been given, music is the one I’ve coveted the most. I love music, and how I wish I could make music! But that gift was given to musicians, and I am so very grateful for it. When I watch musicians work together, I see a picture of the way God intended us to be. Think of a jam session, where each musician plays a part, where the musicians take their cues from one another and defer to one another. While sometimes one musician might be the “star,” the magic comes from the way each one plays a part and creates something much more glorious than any one person could do on their own. Hold that picture in your mind, know that your gift is important, and keep making music together. This hurting world needs the music you make; we are less without you.