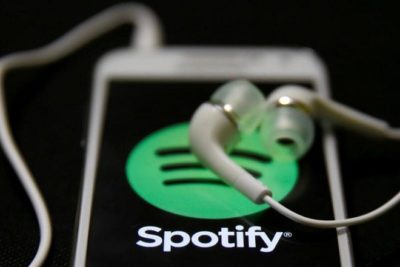 “You underestimate the power of the Dark Side. If you will not fight, then you will meet your destiny.” – Darth Vader

There is an undeniable shift in the music industry. Business models, recording processes, distribution methods, and listening habits have changed so dramatically over the last 10 years, that many inside the industry are finding it more difficult than ever to survive. The masses have spoken that access is more important than ownership. And for a long time, we have viewed Spotify as the Evil Empire – leading the charge on these technology changes while giving independent artists the raw end of the deal.

We filter pretty much everything we do at UTR through two key questions: (1) does it serve a listening audience well, and (2) does it serve the artist community well?  With the emergence of streaming services, we were seeing less patronage, more passive listening, and a larger number of artists who were not sure they could make it financially. We put our foot down and wrote the 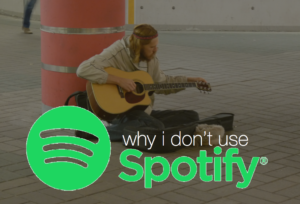 article Why I Don’t Use Spotify in 2016, and it became one of our most-read articles on our site. If nothing else, it was a good discussion starter. There were some artists who quietly appreciated our position, but may have been conflicted. It opened up several debates too – many of those with signed and unsigned artists.  I thought that as time went on, we would just become stronger in our anti-Spotify position. We weren’t trying to lead people to boycott with us, necessarily, but we did want our boycott to inspire people to think twice about the ethics of music consumption and patronage.

In Spring 2018, I talked to several intelligent and highly-respected musicians who all started saying the same thing: “Join the Dark Side!” (Maybe that’s what I heard in my head). They were saying that not only should we consider embracing Spotify, but also start using that platform as a place to serve both listeners and artists.  So now we are announcing:

DECISION REVERSED!  5 Reasons Why We Are Now Embracing Spotify

The biggest reason for our original boycott was the terribly poor payouts to independent artists. However, shifts in the economics may now be the biggest factor in our new embrace of Spotify.  The landscape looked dramatically different even just in 2017, and even more so in 2016 and 2015. We’ve been told that because of Spotify’s growth in subscribers, if an artist’s single gets listened to by a paid member of Spotify around 50-60 times, it becomes a better payout than if that person purchased an iTunes download of that song. One UTR artist told us that April 2018 was the first month that their streaming revenue had equaled their digital download revenue… and even just looking at artist income alone, the future would be in streaming. 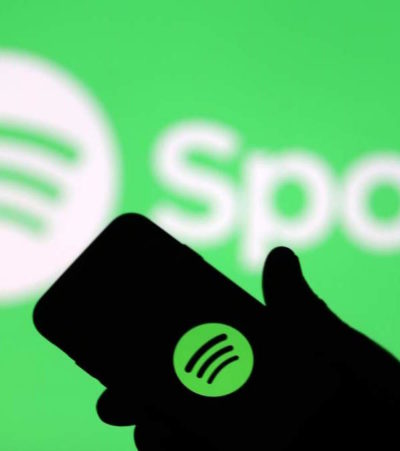 One thing I hadn’t really considered was that Spotify has breathed new life into an artist’s back catalogue. After someone listens to the latest album or single, they can quickly discover previous releases. Not only does it give more listens to older releases, but it creates an additional stream of revenue, because most artists aren’t making much money on their back catalogue.

3.  The Choice of a New Generation

I remember reading about Justin McRoberts’ decision to release his discography on Spotify in 2015. He equated it to why he hung out as a Taco Bell a lot when he was a Young Life leader. “I didn’t do any of that because I was really in to high-school athletics and food that can kill me. I did it because thats where high-school kids were hanging out. Had I waited for the average 17-year-old to meet me on my own terms, I’d have been a rather horrible Young Life Leader. I had to trust that showing up where they were hanging out was going to be reciprocated in conversation and engagement beyond Taco Bell and the game. It was a risk I took.” And this generation has chosen streaming access over file ownership, and Spotify is the industry leader – both in global users AND quality of app and site.  So while some of these principles apply to users of Apple Music, Amazon Music, Tidal, or Pandora, UTR is putting our chips on Spotify and going to hang out where the most number of music fans are hanging out.

If you had asked me prior to Spring 2018 what was UTR’s Big Hairy Audacious Goal, I had the same answer for about 5 years: I want to build an on-demand 24-7 streaming radio channel featuring UTR’s gourmet music.  Some of these recent Spotify conversations with artists revolved around our BHAG, and maybe how we were missing the mark. Even the idea of “radio” is changing rapidly, and we started to realize we could somewhat accomplish our goals by curating an extended playlist on Spotify. It would give folks 3-4 hours of hand-selected music that they could enjoy on demand, yet wouldn’t require folks to adapt a “new” outlet into their regime.

In a few weeks, we are planning to launch our first Spotify playlist – likely featuring 50 songs with some of the all-time favorite UTR artists mixed with new music discoveries.  We’ll start by updating that playlist monthly, but eventually plan to do bi-weekly updates to our main playlist.  We then plan to launch our second playlist with specialty selections (Thanksgiving songs, Christmas songs, Hymn remakes, etc). We may expand and launch more playlists after that… we’ll see what the future has in store.

We are also planning to create some branded mini features on Spotify featuring short interview clips with artists like Josh Garrels, Andrew Peterson, Burlap To Cashmere, Cindy Morgan, and many others.

Our hope is that our playlists are a way to broaden our community, invite people to discover soul-enriching music they might be missing, and to give more streams to the artists we love (both an analytic and economic assistance).

Tell us what YOU think below.  If you are a Spotify user, we are interested to know (a) how often do you use the app, and (b) how frequently do you listen to music on a curated playlist?