Kevin Max has been one of the most recognizable voices of the past 30 years of music history.  This 4-time Grammy Award winner has had a prolific solo career – releasing 20 albums in the last 21 years, the vast majority as an independent artist.  Now, he’s teaming up with UTR and Old Bear Records for his most audacious project yet.  Introducing… the Winter Woods Kickstarter!  In this ONE crowdfunding campaign, listeners are invited to help make FOUR new albums a reality.  If all the goals are met, Kevin would be able to release these new albums:

The campaign has some very cool reward opportunities too:  the music (of course) including vinyl, artwork, Christmas greeting cards, a hand-crafted holiday mug, and an incredible VIP gathering called “Winter Woods Weekend” (happening Dec. 9-11 in Nashville). 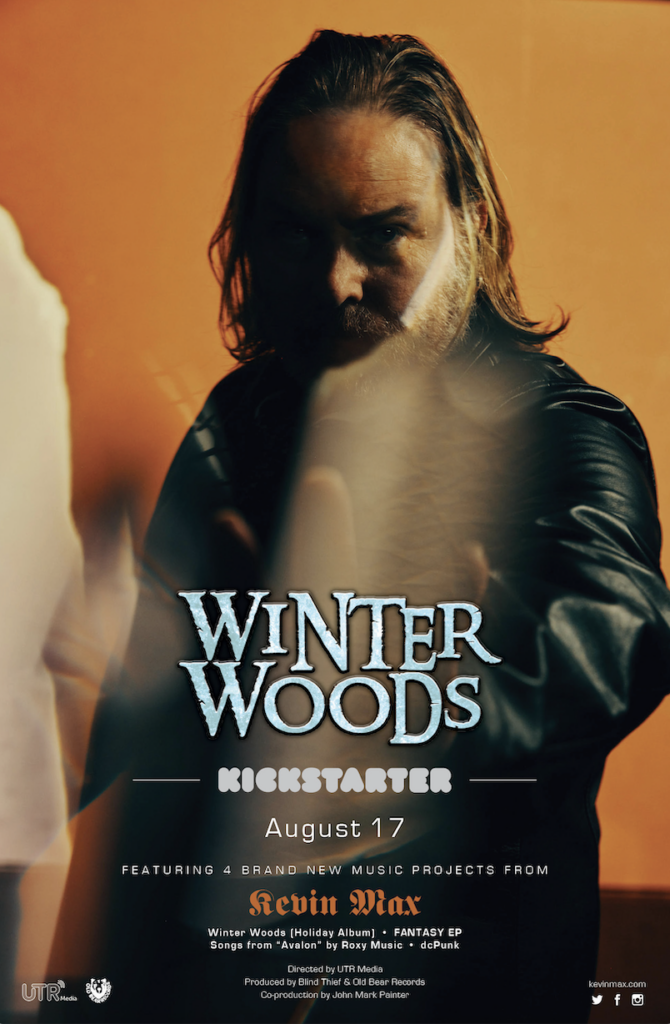