Yellowhammer Hymns is a collaborative project between Chuck Colson and Andy Zipf (available HERE on Spotify).The result of this collaboration is a gorgeous record of original hymns. Chuck Colson is the Pastor and Andy Zipf is the Director of Music & Artist in Residence at Christ Church Presbyterian in Jacksonville, FL. Andy is also known as a singer-songwriter and producer who has released nine records since 2004, and is currently working on his tenth. In addition, he has released several EPs and singles as Andy Zipf, The Cowards Choir, and The Lost Chorus. We spent some virtual time with both of these men discussing their new collaboration.

UTR: First of all, Andy, would you be able to fill us in regarding your musical journey? How did you get to where you are today?

Andy: I’ll give you the movie flashback cut: My mom is a music teacher and taught me piano as a kid. I picked up her classical guitar at twelve and haven’t looked back since. From about 2004-2013, I toured pretty extensively around the U.S. When our son was born in 2016, I needed to find a more consistent source of income to support my family. I became the part time music director at Church of the Ascension (Chuck founded this church. I’ll let him fill in those details.) in the Washington, D.C. area. In 2018, Chuck reached out to me about coming to Jacksonville, FL to become the Music Director & Artist in Residence at Christ Church Presbyterian. My family and I have been here for two years. I continue to write, record, perform, and produce music. Yellowhammer Hymns is one of the projects I have worked on since relocating here.

UTR: Chuck, what was your journey in becoming called to the ministry and to Christ Church Presbyterian?

Chuck: As a kid, older members of my church always went out of their way to tell me: “You’d make a great pastor.” I didn’t understand it! Why were they picking on me? What had I done to them? And, most importantly, what was I doing that made them think I would make a good pastor? Whatever the case, I plodded along in church until college. I was interested, but also somewhat aloof. But, while away at Furman University, I became deeply involved in a college ministry and local Presbyterian church. By my sophomore year, my desires had aligned with the opinions of those older saints—I wanted to serve God as a pastor. After working with college students, serving as an assistant pastor at Second Presbyterian Church in Memphis, TN, and planting Church of the Ascension in Arlington, VA, my wife and I were called to Christ Church Presbyterian in Jacksonville, FL in 2014.

UTR: Since you work together at the same church, I would imagine this has something to do with the creation of this album. With this background, how did this project come about?

Andy: When I met Chuck in 2010 in Arlington, VA, I was slowly coming back to the church after a long break. I was drawn to liturgical worship, and in particular, how music was not a tool for performance, but for collective expression. Chuck and our mutual friend Rachel Wilhelm had written some songs together, and one day Chuck sent me some lyrics. That became ‘Christ Our King’. So, in a sense, this project began almost ten years ago. We’ve written one album, and are working on a second.

Chuck:  When I asked Andy to join me at Christ Church in 2018, I knew there was a tremendous amount of creative potential. However, God exceeded my expectations and dreams as we began working together. This especially came to fruition in 2019 during some deep difficulties and sufferings at Christ Church. These hymns were written in sorrow and hope; they come from the trenches of church life. The struggles and trials, triumphs and failures are all right there. Many of them are our response to the great sadness that encompasses our world, but yet the even greater hope that lies out ahead in the Gospel. 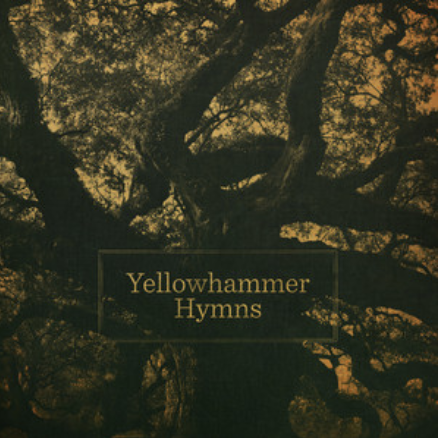 UTR: I am very impressed with the overall presentation of these hymns, many of which have a distinct traditional, congregational feel. Was that intentional?

Andy:  Thank you so much! While producing this album, I chose to use only the instruments we had available within our congregation (with the exception of French horn on one song). Most of the tracks are based around guitar/vocal or piano/vocal arrangements. We kept it as close to our Sunday mornings as possible. No frills. No fuss. We’re inspired by the music of Sandra McCracken, The Porters Gate, Wendell Kimbrough and many others who are creating thoughtful, beautiful and singable songs for the Church.

Chuck:  Yes, thank you for the kind words. Andy and I have intentionally sought to write theologically rich lyrics paired with accessible tunes that invite congregational participation. This requires a certain simplicity in both the poetry and the tune; congregations are not nimble creatures! Along the way, we’ve studied traditional hymnody, attempting to learn from great writers like Newton, Watts, and Cowper. We also pull heavily from the Psalms—a classic instinct of traditional hymnody. Given this, our hymns do take on a more traditional feel. This is at the core of our project: we desire to retrieve a tradition from history for the spiritual benefit of the church today.

UTR: I noticed that chord charts are available for free on the Yellowhammer Hymns website. Do you envision these hymns performed by various congregations?

Andy: We are absolutely sharing the chord charts with the hope that people will sing these hymns together in their church. That is what they were written for.

UTR: Can you take us through the recording process?

Andy: This album was produced over the course of nearly two years. We started in the sanctuary of Christ Church before an extensive renovation. When we had to move out of our building for several months, we used an old bank vault as an isolation booth, and a couple pianos in the homes of our musicians. Our exceptional music team ranges from a high school sophomore to a recent retiree. They gave their all, and I’m proud of what we accomplished.

UTR: I have to ask about the Yellowhammer reference. Could you elaborate on this?

Andy: Many of the lyrics Chuck writes are based on the Psalms. I remember him referencing Psalm 104, and wondering what kinds of birds might have nested in a cedar of Lebanon. I did a little Googling and discovered the Yellowhammer is indigenous to that part of the world. We liked the imagery of the name, and the legend that it’s song inspired the first four notes of Beethoven’s 5th symphony.

UTR: Are there any future Yellowhammer Hymns projects or performances planned?

Andy: We are writing more songs now. Two last week, in fact!  So, another album will inevitably happen in time. As for performances, we haven’t really thought about it in that way. We sing these songs as a church, and we hope others will do the same.

Chuck: Our process has been steady, but yet unpredictable. The Spirit blows where he wills, I guess… Nonetheless, without a driving plan, we are on the way to another album. That said, our main goal in writing is to facilitate our church’s worship of God. If we can be of encouragement to others through our hymns and partnership, that is an added bonus that we do not expect.

Yellowhammer Hymns is a collaboration between Andy Zipf and Chuck Colson and supporting musicians, based in Jacksonville, FL. The chord charts referenced in the interview are all available for free at the Yellowhammer Hymns website: https://www.yellowhammerhymns.com/